The Importance of Protein Intake for Couples Trying to Conceive 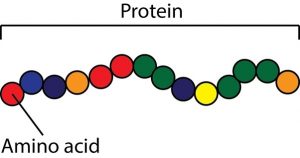 Nutrient intakes in foods play an important role in couples’ fertility. Based on a famous study called the “fertility diet”, in which it was followed by nearly 18,000 women trying to conceive and were asked to track their nutrition and lifestyle habits over eight years, the results showed that specific eating pattern was associated to lower risk of ovulatory infertility and infertility from other causes. Thus, food plays a crucial role, as some of the nutrients in food can be helpful for fertility and others can be harmful to health and fertility.

A study researcher said that “Protein is essential for good quality embryos and better quality egg”. Previous studies have shown that there was a higher pregnancy rate amongst the high protein eaters rather than those who consumed more carbohydrates and less protein. Another Australian study showed that a study conducted on mice taking 25 different diets with various levels of proteins, carbohydrates, fat and calories, showed that, the mice on high protein and low carbohydrate diets had more babies than the others after 15 months. Consuming proteins from all groups will help increase the chance of the body to get good quality protein, as there are 22 amino acids within a protein.

The Role of Protein in Every Stage of Conception 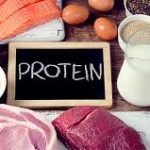 Protein plays an important role, almost in every stage of conception. Protein is one of the key nutrients in the preparation for a healthy conception which begins on the time when the womb begins to prepare itself for possible implantation, which is the day 1 of a women’s period. Follicular phase comes after the period, in which follicles are being developed. Protein intake needs to be sufficient in this stage to stimulate the release of the egg. At the beginning of conception, there should be
enough nutrients at the lining of the womb so that it is ready for acceptance and support the fertilised egg. During implantation, an egg is implanted into the womb and grows rapidly. This process relies heavily on the proteins getting into the blood supply in the womb. Proteins will also play an important role in the development of the foetus’ tissue and bones. It is strongly recommended that proteins from all groups are being consumed; meat, eggs, nuts, legumes, vegetables, fish, etc. Try to avoid chemicals, or hormones added food, as well as herbicides and pesticides on food.

If you need consultation or assistance or enquiry please do not hesitate to contact us on 9820 8651 or email: info@medccc.com. We are looking forward to assisting you.